Maybe you’re not ready for the radicalism of a Rod Coronado piece, or a militant anti-vivisection post by me, or my didactic dismantle-civilization-diatribes.  My most-highly-recommended reading on concrete strategies to save the planet, Decisive Ecological Warfare, may sound nuts to you (it’s not though!).  Maybe you just came here to check out the beautiful places I visit and try to capture with my camera–my nature photography.  I understand that my kind of militancy can be off-putting if you’re not already acquainted with these ideas, or if you haven’t quite realized the extent of the havoc that civilization is wreaking on our planet and the wild (and domesticated) animals who have every right to live here, too.

If any of the above apply to you, this post is for you!

This is the first installment of my new ongoing series (all will be included in the Too Radical? link above) of tributes to and essays on mainstream-ish authors–popular and successful writers–who nonetheless insert radical politics and/or social justice issues into their work, in a manner that is very accessible to the mainstream, and entertaining, too.  Entertainment most definitely has its place in our work; we need to reach everyone we possibly can with our messages of compassion, deep ecology, civilization’s inherent destructiveness, women’s rights, anti-police state/repression, green anarchism, reproductive freedom, LGBTQ rights, animal liberation, and most important of all, FIGHTING BACK against abuse and repression and planetary destruction!!  John Irving is my favorite novelist, so it’s only fitting that I start with him.

Irving happens to be one of the boldest mainstream writers.  He covers social justice issues and taboo, controversial topics in every single one of his novels (13 to date), yet he is a recognized literary figure; he has won the O. Henry Award, the National Book Award, an Oscar for Best Adapted Screenplay (The Cider House Rules, 1999), and in 2001 was elected to the American Academy of Arts and Letters, a very prestigious honor. 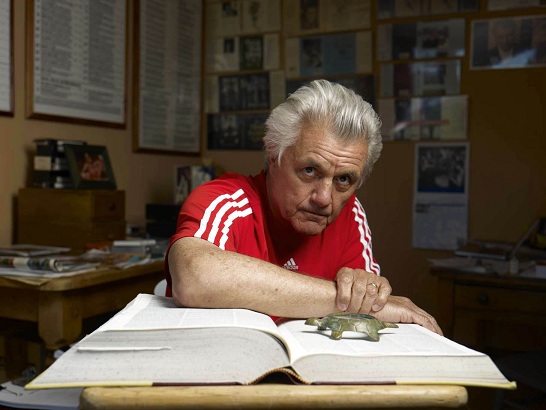 *SPOILER ALERT*:  I will refer to specific plot events in his novels, but I’ll leave them vague enough that the experience won’t be ruined if you read them.

He shoved on the envelope right away.  At the age of only 26, he published his first novel, Setting Free the Bears.  It is about two Austrian youths who dream of liberating the bears at the Vienna Zoo, and eventually hatch plans, finally executing not just a liberation of the bears, but all the animals.  Don’t fret, animal rights friends–it is done in a way that allows many of the creatures to escape into the countryside and thrive–Animal Liberation!

Irving deals with feminism and women’s rights in some fashion in nearly every one of his books.  He is most well-known for his fourth novel, The World According to Garp (1978), which the Chicago Sun-Times appropriately called, “The most powerful and profound novel about women written by a man in our generation.”  The main character is Garp, and his mother becomes famous for her precocious feminist manifesto, A Sexual Suspect.  Garp comes across a little girl being molested in the park; he eventually chases down and helps a policeman capture the pervert (hilariously, in the process, Garp pulls down the pants of a suspicious-looking old man and sniffs his “equipment” because, “There is no smell like sex…You cannot disguise it.  It is as rich and clear as spilled beer” (201).)  One of the main characters is Robert(a) Muldoon, a massive former pro football player-turned-transsexual.  Irving treats the subject of transsexuality with grace and compassion and understanding.  In the novel, Garp is a famous writer; he writes a short story–included in the book–in which a woman is getting savagely raped inside a pickup truck, but saves herself and delivers bloody, gloriously violent justice by finding a long, thin fishing knife under the seat and slashing his throat, severing his esophagus and vocal cords, then stabbing him in the ribs and driving the blade all the way to the hilt into his belly.  A fate well-deserved and masterfully rendered.

In his next magnificent book, The Hotel New Hampshire (1981), he treats the serious social issues of rape, racism, homophobia, and nationalism with typical Irving brilliance and compassion and accessible progressive-mindedness and moral didacticism.

In 1985 he published what is to me his finest masterpiece, The Cider House Rules.  It is in the broadest sense about a woman’s right to choose whether or not to have an abortion.  One of the two main characters, Dr. Wilbur Larch (played wonderfully in the movie by Michael Caine, who won Best Supporting Actor for the role), is among the more beautiful and fascinating characters of 20th Century literature.  He runs an orphanage in small-town Maine, is a fiercely kindhearted obstetrician/gynecologist, and performs illegal abortions for many decades, starting in the 1920s.  He is also an ether addict.  A brilliant line from Larch helps sum up one of the book’s main, crucial messages:  “I do not even recommend [what the pregnant women who come to him should do].  I just give them what they want.  An orphan or an abortion.”

I feel those are John Irving’s most important novels in terms of social commentary and politics.  But there are others; A Prayer for Owen Meany (1989), which many fans consider his best work, deals with the Vietnam War and school bullying; A Son of the Circus (1994) discusses cruelty to children, dwarf-hating, and racism; A Widow For One Year (1998) covers women’s rights in the form of prostitution and the horrible abuse sex workers can experience.  The phenomenal Until I Find You (2005) involves child molestation; when the main character is 10 years old he is sexually molested by a middle-aged woman.  Irving later revealed that this was drawn from personal experience–an admission that takes real courage, especially as such a public figure.  When Irving’s youngest son Everett announced that he is gay to his elderly father, Irving replied, “I love you all the more” (Time Magazine, May 14, 2010).  It is partly this kind of empathy and giant-heartedness that makes John Irving so special.

I haven’t yet read his newest book, In One Person.  It was released in May of this year, about two months ago.  I have it on my bookshelf.  But I’m saving it, as difficult as it is.  I’m savoring this–the first time I’ve had a newly published Irving book (since I only became a huge fan two years ago in prison).  It’s a form of pleasure delay!–like waiting for weeks to have sex with a woman or man when you’ve both wanted each other since the first magical evening together.  The new novel is about a young man in the 1950s who is coming to terms with his bisexuality, and features many gay, bisexual, and transgendered characters.  I’m sure he treats them and their lives with the same kind of compassion and empathy he always has.  Time proclaims that In One Person “marks a return to politically charged form for Irving; the novel’s intolerance of intolerance is timely, its characters timeless.”

I cannot wait to read it.

Apparently this is actually a man cross-dressing 🙂

I couldn’t agree more.  And that’s why I wrote this piece.  John Irving may be mainstream, but his subject matter and politics are not.  He is helping to make the world a better place with his work, and for that, I love and salute him.  Hope you enjoy his novels even half as much as I do!